"Hadrian (/ˈheɪdriən/; Latin: Publius Aelius Hadrianus Augustus; 24 January 76 – 10 July 138) was Roman emperor from 117 to 138.[note 1] He was born Publius Aelius Hadrianus in Italica, Hispania Baetica, into a Hispano-Italic family that settled in Spain from the Italian city of Atri in Picenum. His father was of senatorial rank and was a first cousin of Emperor Trajan. He married Trajan´s grand-niece Vibia Sabina early in his career, before Trajan became emperor and possibly at the behest of Trajan´s wife Pompeia Plotina. Plotina and Trajan´s close friend and adviser Lucius Licinius Sura were well disposed towards Hadrian. When Trajan died, his widow claimed that he had nominated Hadrian as emperor immediately before his death." - (en.wikipedia.org 30.10.2019) 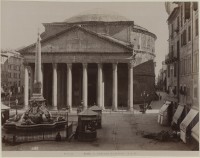 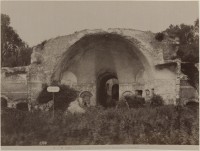 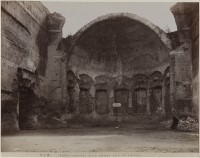