"Johann Friedrich Rochlitz (12 February 1769 – 16 December 1842) was a German playwright, musicologist and art and music critic. His most notable work is his autobiographical account Tage der Gefahr (Days of Danger) about the Battle of Leipzig in 1813 — in Kunst und Altertum, Goethe called it "one of the most wondrous productions ever to have been written". A Friedrich-Rochlitz-Preis for art criticism is named after him — it is awarded by the Leipzig Gesellschaft für Kunst und Kritik and was presented for the fourth time in 2009." - (en.wikipedia.org 08.01.2020) 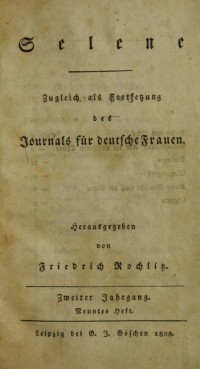 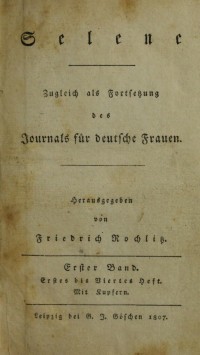 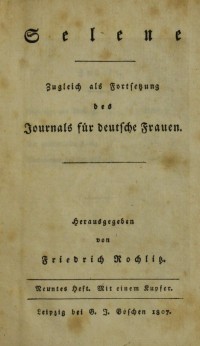 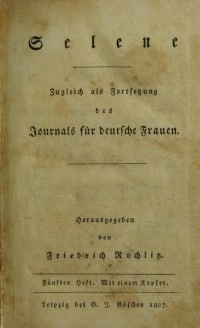 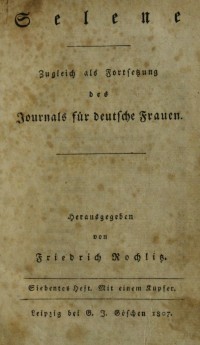 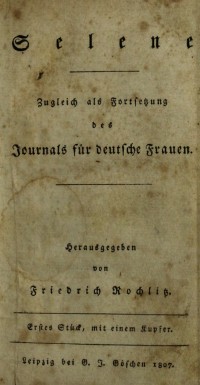