"The Socialist Unity Party of Germany (German: Sozialistische Einheitspartei Deutschlands, SED), often known in English as the East German Communist Party, was the governing Marxist–Leninist political party of the German Democratic Republic (GDR; East Germany) from the country´s foundation in October 1949 until its dissolution after the Peaceful Revolution in 1989. The party was established in April 1946.

The GDR was a one-party state but other institutional popular front parties were permitted to exist in alliance with the SED, these parties being the Christian Democratic Union, the Liberal Democratic Party, the Democratic Farmers´ Party, and the National Democratic Party. The SED made the teaching of Marxism-Leninism and the Russian language compulsory in schools. In the 1980s, the SED rejected the liberalisation policies of Soviet leader Mikhail Gorbachev, such as perestroika and glasnost, which would lead to the GDR´s isolation from the restructuring USSR and the party´s downfall in the autumn of 1989." - (en.wikipedia.org 16.11.2019) 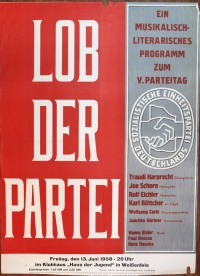 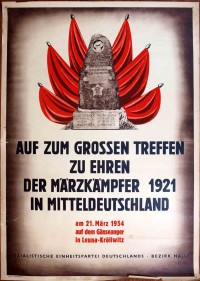 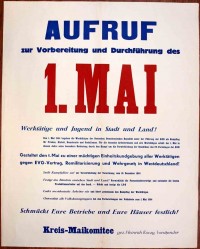