Amherst is best known as the architect of Britain´s successful campaign to conquer the territory of New France during the Seven Years´ War. Under his command, British forces captured the cities of Louisbourg, Quebec City and Montreal, as well as several major fortresses. He was also the first British Governor General in the territories that eventually became Canada. Numerous places and streets are named for him, in both Canada and the United States." - (en.wikipedia.org 23.12.2019) 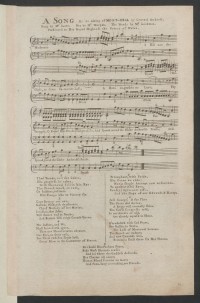