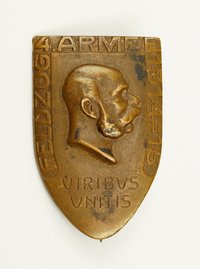 "Franz Joseph I or Francis Joseph I (18 August 1830– 21 November 1916) was Emperor of Austria, King of Hungary, King of Bohemia, and monarch of many other states of the Austro-Hungarian Empire, from 2 December 1848 until his death. From 1 May 1850 to 24 August 1866 he was also President of the German Confederation. He was the longest-reigning Emperor of Austria and King of Hungary, as well as the fourth-longest-reigning monarch of any country in European history, after Louis XIV of France, Johann II of Liechtenstein, and Elizabeth II of the United Kingdom, Canada, Australia, and New Zealand, in that chronological order." - (en.wikipedia.org 12.02.2020)