"The Konzerthaus Berlin is a concert hall in Berlin and home of the Konzerthausorchester Berlin. Situated on the Gendarmenmarkt square in the central Mitte district of the city, it was originally built as a theatre. It operated from 1818 to 1821 under the name of the Schauspielhaus Berlin, later as the Theater am Gendarmenmarkt and Komödie. It became a concert hall after the Second World War, and its name changed to its present one in 1994." - (en.wikipedia.org 31.01.2020) 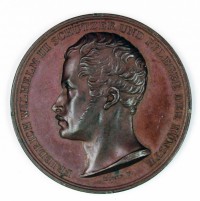