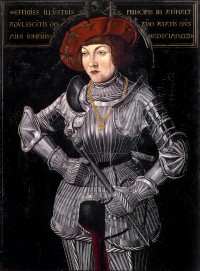 John was the second (but eldest surviving) son of Ernest I, Prince of Anhalt-Dessau, by his wife Margarete, daughter of Henry I, Duke of Münsterberg-Oels, and granddaughter of George of Poděbrady, King of Bohemia." - (en.wikipedia.org 17.11.2019) 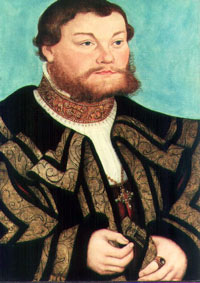