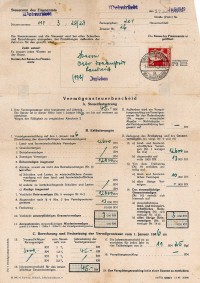 A committed Stalinist, Thälmann played a major role in the political instability of the Weimar Republic in its final years, when the KPD explicitly sought the overthrow of the liberal democracy of the republic. Under his leadership the KPD became intimately associated with the government of the Soviet Union and the policies of Joseph Stalin, and from 1928 the party was largely controlled and funded by Stalin´s government. The KPD under Thälmann´s leadership regarded the Social Democratic Party (SPD) as its main adversary and the party adopted the position that the social democrats were "social fascists." Thälmann viewed the Nazi Party as a lesser evil than the social democrats, and in 1931 his party cooperated with the Nazis in an attempt to bring down the social democrat state government of the Free State of Prussia. Thälmann believed that a Nazi dictatorship would fail due to flawed economic policies and lead to a revolutionary situation in which the communist party gained power." - (en.wikipedia.org 22.10.2019) 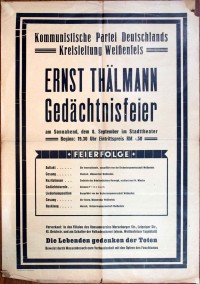 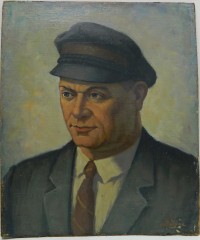 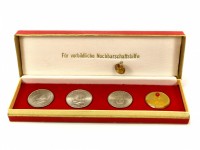 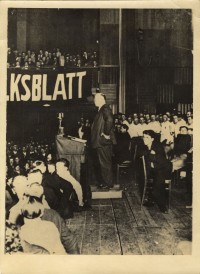 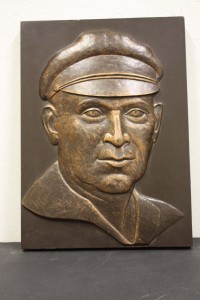