"In classical mythology, Cupid (Latin Cupīdō [kʊˈpiːdoː], meaning "passionate desire") is the god of desire, erotic love, attraction and affection. He is often portrayed as the son of the love goddess Venus and the god of war Mars. He is also known in Latin as Amor ("Love"). His Greek counterpart is Eros.Although Eros is generally portrayed as a slender winged youth in Classical Greek art, during the Hellenistic period, he was increasingly portrayed as a chubby boy. During this time, his iconography acquired the bow and arrow that represent his source of power: a person, or even a deity, who is shot by Cupid´s arrow is filled with uncontrollable desire. In myths, Cupid is a minor character who serves mostly to set the plot in motion. He is a main character only in the tale of Cupid and Psyche, when wounded by his own weapons, he experiences the ordeal of love. Although other extended stories are not told about him, his tradition is rich in poetic themes and visual scenarios, such as "Love conquers all" and the retaliatory punishment or torture of Cupid.His powers are similar, though not identical, to Kamadeva the Hindu god of human love." - (en.wikipedia.org 04.06.2020) 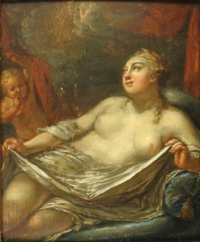 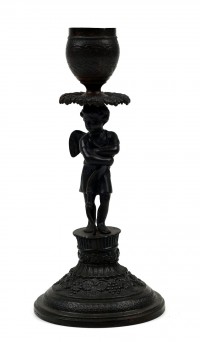 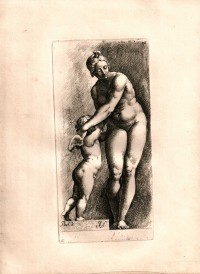 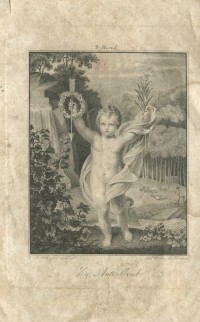 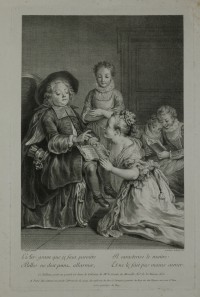