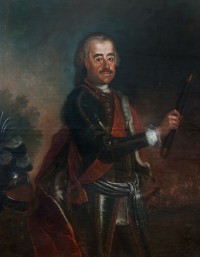 "Leopold I, Prince of Anhalt-Dessau (3 July 1676 – 7 April 1747) was a German prince of the House of Ascania and ruler of the principality of Anhalt-Dessau from 1693 to 1747. He was also a Generalfeldmarschall in the Prussian army. Nicknamed "the Old Dessauer" (German: der alte Dessauer), he possessed good abilities as a field commander, but was mainly remembered as a talented drillmaster who modernized the Prussian infantry.

Appointed by Frederick I to the rank of field marshal in 1712, Leopold distinguished himself for his success during the War of the Spanish Succession. He was later appointed the commander of the Prussian-Saxon army during the Great Northern War against Sweden. Leopold was a personal friend of Frederick William I. The last great achievement of his military career was commanding the Prussian troops to victory over the Saxons at the Battle of Kesselsdorf in 1745 during the Second Silesian War." - (en.wikipedia.org 17.11.2019) 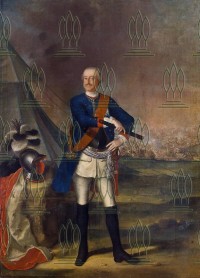 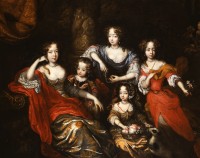 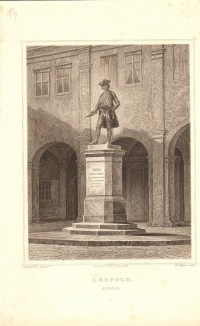 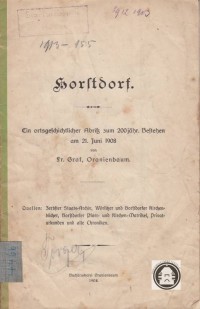