"The Pickelhaube (plural Pickelhauben; from the German Pickel, "point" or "pickaxe", and Haube, "bonnet", a general word for "headgear"), also Pickelhelm, is a spiked helmet worn in the 19th and 20th centuries by German military, firefighters, and police. Although typically associated with the Prussian Army, which adopted it in 1842–43, the helmet was widely imitated by other armies during this period. It is still worn today as part of ceremonial wear in the militaries of certain countries." - (en.wikipedia.org 20.10.2019) 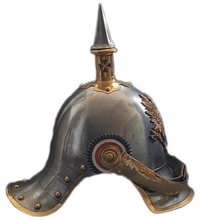 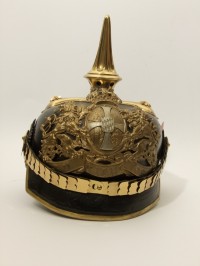 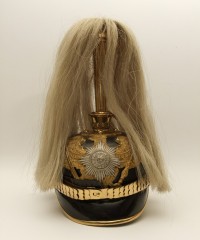 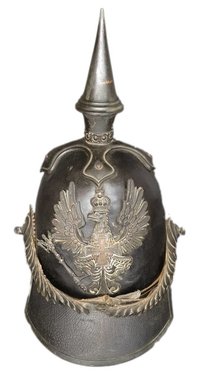 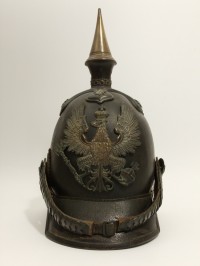 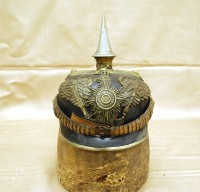